Added a short film of Dutch students to other episodes.

Added a short film of Dutch students to other episodes.
The film will be shot in the Netherlands on December 11 and 12 under the supervision of Abdolreza Kahani, and the group is currently rewriting the script and other stages of production.
Several episodes were previously filmed in different parts of the world in September and are currently in the post-production stages.
Made by ARK GATE FILMS students, the films will be released as a feature film by the same company early next year. 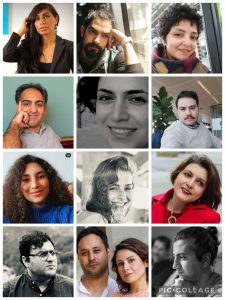