The end of shooting the episodic feature film, THESE WOMEN by ARK GATE FILMS.
Each year in September and October, an episodic feature film is to be made by ARK GATE FILMS students, with filming of seven episodes completed in the first year.
Each of these films is about 10 minutes long and was shot in the United States, Iran, Italy and Canada.
The theme of these films is common and it is dedicated to different women in different parts of the world, and has a humorous look.
Abdolreza Kahani is the project consultant and Mina Rafiei is the producer. Shima Monfared is in charge of supervising the assembly and post-production.
After the end of the post-production stage, the film will be introduced to various festivals and will be scheduled for public screening.
Ali Afionian, Arvin Zokaei,Amineh Someh Kamran Aminian, Amir Zavosh, Dariush Bahaloo, Kamyar Rahnama Rad and Ahmad Nasrollahi are the directors of the film.
The company’s second year episodes are already being prepared and scripted to be made by selected students in September and October 2022. 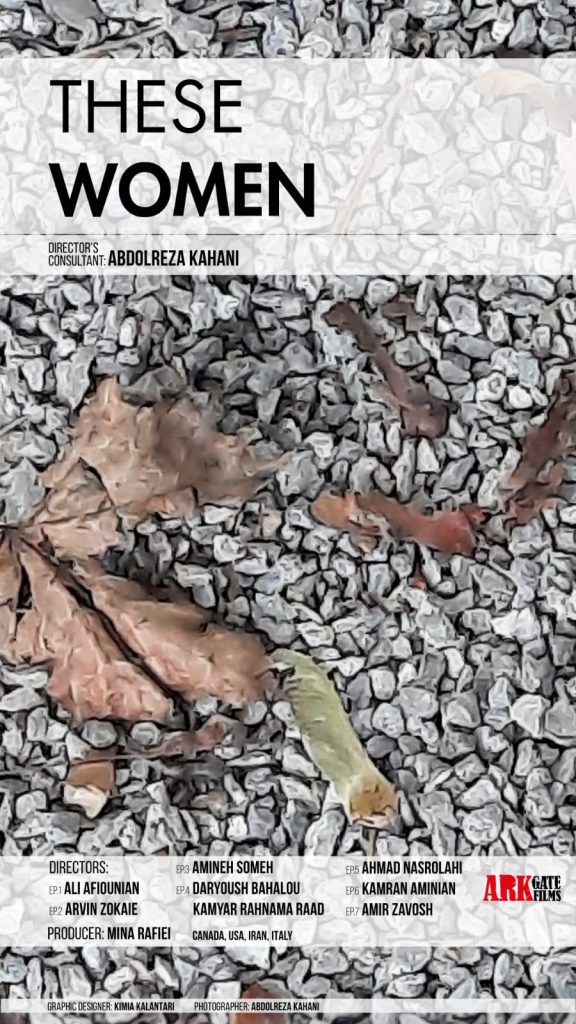